Loch Eriboll is derived from the Norse meaning “home on a gravely beach“. 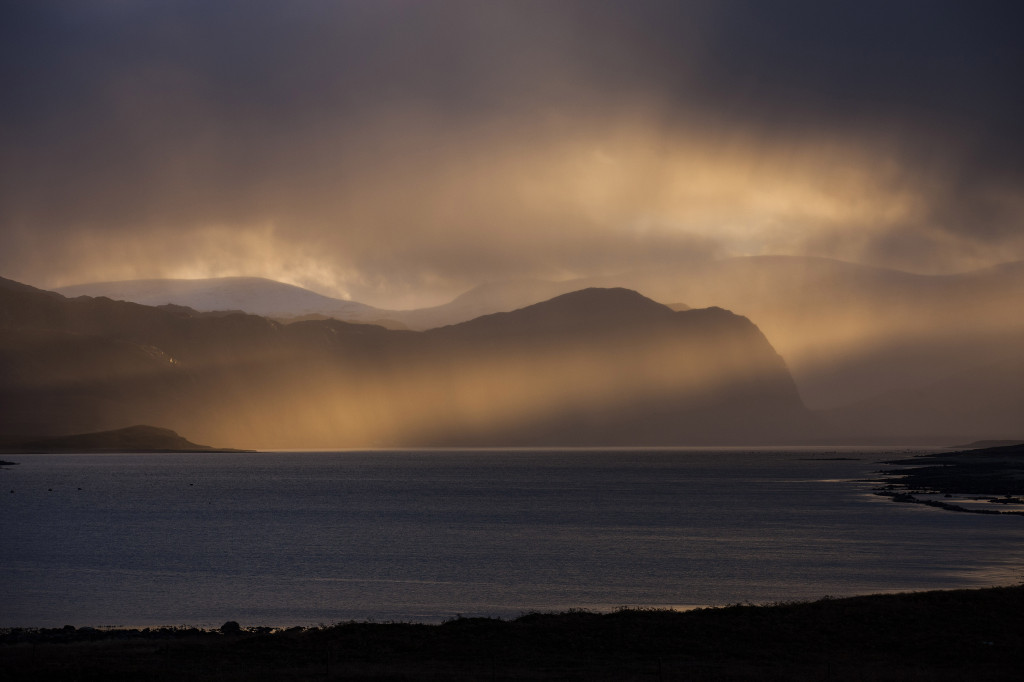 Loch Eriboll, Hoan Fjord, is a lengthy and deep sea loch about sixteen kilometers long with a south – west direction and varying from one point five to six point five kilometers in breadth. On the east, it is bounded at the entrance by the clear and elevated rocks of Whiten Head. The waters are of a depth varying from fifteen to sixty fathoms. It is set in panoramic mountain hinterland dominated by Ben Hope. The east side is green with native lime rich fields, the west a rocky barren coast.

This loch has been used as a naval anchorage for much of the 20th century. Loch Eriboll was the site of the surrender of the German U-boat fleet in May 1945. Between the 10th and 20th May, over thirty U-boats came into Loch Eriboll. 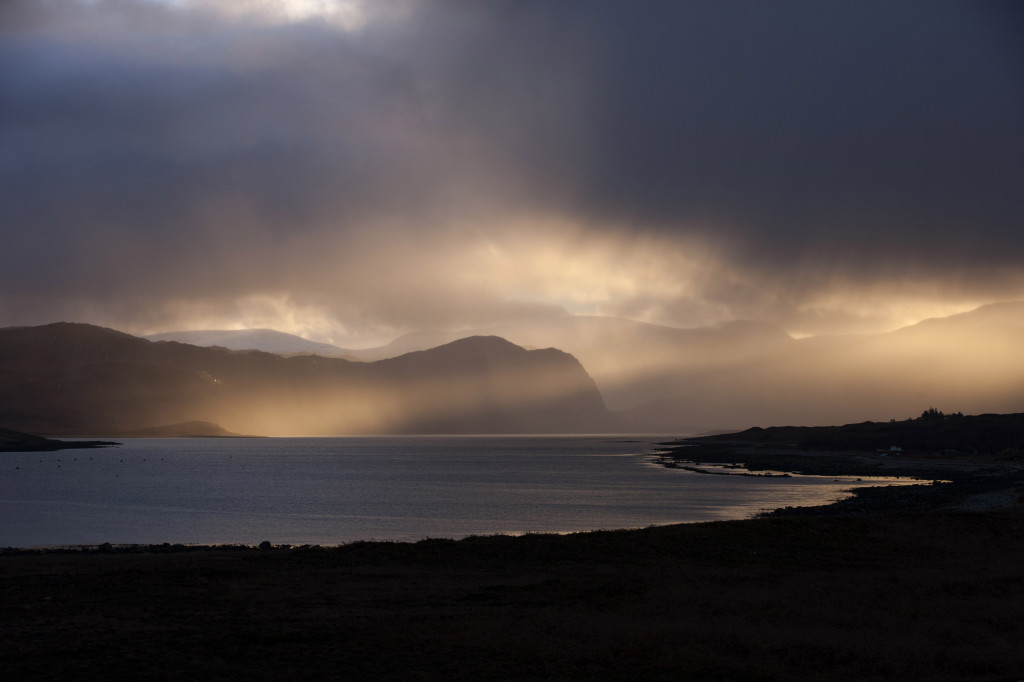 When ships anchored in Loch Eriboll in the 1920s and 1930s some crew members would climb the hill to the west of the loch and leave their ship’s name written in stone letters about two meters high in a patch one by two metres. The best viewing point to see the names is at the first large lay-by beyond Port-na-con road end, at the disused quarry, travelling east and looking directly up the hill with a pair of binoculars, once identified can be distinguished.

The stones are becoming embedded in the heather and slowly sinking. Lately discussions have been in progress between Laid Common Grazing Committee and Durness Community Council about siting a car park and interpretative plaque. At this point, a walk to the ship’s names that include the Valiant, Swift, Whirlwind, Union , Unga, Lucretia, Johanna, (a Dutch minesweeper) and H43, the only submarine on the hillside, are within reach. A remarkable memorial that has lain largely unnoticed. Repeated attempts have failed to preserve the names. They include appeals to the Ministry of Defence; the War Grave’s Commission and the Queen.

The most prominent is the HOOD and it is the Hood’s tragic history that makes the hillside such a poignant spot. In 1994 the children of the primary school walked up the hillside and painted the stones of the HMS Hood and H43 to be visible from the roadside. The Hood was destroyed on May 23rd 1941 with the loss of 1418 lives, all the crew exc The Mighty Hood as she was known was the single biggest British naval loss in World War 11. When the war started, she was the largest warship in commission in the world. For the whole intra war period from her completion in 1920, HMS Hood had stood as a symbol of Britain ‘s supremacy as a sea power.

In 1937, HMS Hood, the worlds biggest battleship anchored in Loch Eriboll. During its nine day stay sailors wrote the name “Hood” in stones on the hillside to the west of the Loch. This continued a tradition started some 10 years earlier by other ships and continued until the 1960’s. The Hood was sunk in 1941 with the loss of 1400 lives. The two meter high stones bare mute testimony to the tragic event. The stones were restored by local school children in 1993 and 1999. A close relationship exists between Durness and the HMS Hood Association.